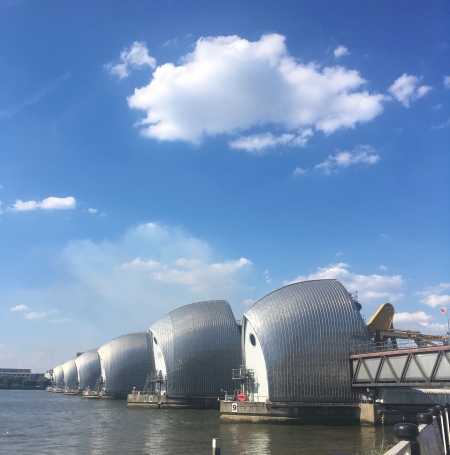 One of the challenges of longer bike rides is knowing where you’re going, without having to stop regularly to consult a map. I bought a Garmin Explore recently which works brilliantly if you upload a gpx route. I did a ride from the Lost Lanes book a few weeks ago in the Cotswolds, which was great, but I haven’t worked out how to create my own gpx routes yet, so I’m totally dependent on other people doing it for me.

I wanted to get a good long ride in before the Dulwich Dynamo at the end of July, so I decided to stay Saturday night in Margate and cycle home from there today using NCN routes 15 and 1. I had my phone with a Cyclestreets app on as well as the usual maps, and the only preparation I did was to write down the names of the towns I would pass through in the correct order.

It kind of worked. Route 15 runs along the coast from Margate to Whitstable, and although I lost it a couple of times, the basic idea is to keep the sea on your right and you can’t go wrong. Route 1 runs from Dover to the Shetland Islands up the East coast of the country, and I followed the section from Whitstable to Greenwich. Bits of it are marvellous – lots of country lanes, offroad sections which don’t really suit a road bike, lots of riding by the sea or along the estuary, a detour through an orchard. I found a wonderful cafe in Rochester and stopped for icecream twice, in Gravesend and by the Woolwich Ferry.  I had to check the map more times than I expected, and went wrong several times. One section took me along a very narrow overgrown rocky path where my legs got scratched to pieces so I ended up doing quite a big detour to escape that bit. Other sections were very isolated which left me feeling a bit vulnerable, but maybe that’s down to my overactive imagination.

My garmin battery died at the Thames Barrier so I recorded the rest on my phone. It was 112 miles in total, so around 20 more than the most direct route according to Google, and it took me a lot longer than I expected; I left this morning at 6:20am and got home just before 8pm. It’s amazing how your body can just keep going, although once I got onto my normal commute home from Constitution Hill I was definitely trundling. But I did it, and I loved it.