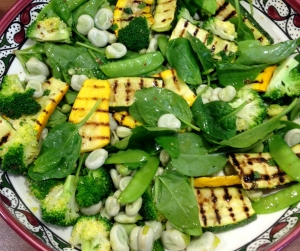 Several years ago we went on a family holiday to Italy, staying in Pascoso, a tiny village in the mountains in Tuscany. We spoke no Italian but made the usual Brits abroad assumption that we would be able to understand and to make ourselves understood. Early on, we went to a local pizzeria where they spoke no English, but they did give us an Italian/English dictionary so we could decipher the menu. We spent ages looking up words and choosing what we wanted but when the pizzas arrived we realised that there was one crucial word that we had misunderstood. Three of us had massive cheesy pizzas with sumptuous toppings; Harry had a small tomato and garlic topped pizza with no cheese in sight. His was a pizza ‘senza mozzarella‘ but rather than meaning ‘extra’ as he’d perhaps hoped, senza means ‘without’. As I remember it, and there are of course many ways to tell a story, Harry was so outraged at the poor deal he had got that in spite of us giving him huge portions of our pizzas, we had to visit another pizzeria later in the holiday where he had the cheesiest pizza on the menu before he felt that justice had been done.

One of the first conversations I had after beginning to tell people about my diagnosis was with someone in my running club whose partner had chosen not to have chemotherapy when she had breast cancer and who had stayed healthy by changing her diet. My instinct was to trust my doctors and to embrace the treatment they were recommending, but I wanted to find out more about the lifestyle choices that could complement mainstream medicine. The official NHS advice is to ‘eat a healthy diet’ but there are many different ways to interpret that. And while the internet is full of weird cancer diet advice, there is also some good evidence-based research out there. I discovered Jane Plant, a geochemist who has explored environmental causes of cancer and who has had breast cancer six times herself. Intrigued by the fact that women in China and Japan have very low incidences of breast cancer, she tried and now advocates a vegan diet for people with active cancer. And so for the last two months I have been living life senza mozzarella and in fact senza meat, fish, eggs, butter, yogurt, cheese, cakes and biscuits.

While one way of defining a vegan diet is to list what you can no longer eat, another is to embrace a whole new world of flavours, recipes and ways of eating. It’s taken a bit more effort to shop and cook because our default set of recipes is no longer useful, but we have had some fantastic meals over the last couple of months. Anna Jones’ A modern way to eat has been a huge source of inspiration, as has Lee Watson‘s Peace and Parsnips. I start the day with a  green smoothie, indulge my newly-found avocado-a-day habit and enjoy the homemade sourdough bread that Jonny produces on a regular basis while experimenting with different flavours of homemade hummus and eating tons of delicious salads, grains, beans and vegetables. Eating out is more of a challenge, not that I’m doing a huge amount of that at the moment. Instead of expecting a choice from a menu, I’m relieved if there’s one vegan dish I can have but most places are happy to accommodate me when I ask. Scott Jurek is proof that a vegan diet is suitable for a world-class athlete, let alone a runner like me. And of course it is much better for our over-stretched planet and our over-sized bodies.

Earlier this week I had my first pizza senza mozzarella which reminded me of the story at the start, and because it was an intentional choice rather than an accident, it was delicious. Instead of missing butter and cheese, I find myself savouring different flavours that they can sometimes mask. Sourdough bread is delicious dipped in oil; pasta flavoured with garlic and herbs doesn’t need parmesan on top. Nuts and dried cherries are my snack of choice; dark chocolate is my nightly treat. I have no idea if this change in diet will have any impact on my treatment, but it helps me feel that I’m giving my body the best chance of coping with it. I’m aware that it could be a bid for control when I have little control over what happens to me at the moment, but it gives me a sense of agency and feels like a positive choice.

Thanks to my liver malfunctioning at the moment, I am also doing life senza alcohol which is much more difficult. I love a glass of red wine at the end of a day while cooking, a symbol of the transition from work to relaxation. But I also struggle to just have one glass, and after a sobering conversation with my oncologist I’ve realised that although I have regular periods of minimal drinking when I’m training, my alcohol intake at other times has been well within the ‘heavy drinking’ range. I’d have no trouble continuing with the vegan diet once all this is over, but it looks like I’ll need to be a strictly occasional drinker as well. Still, it’s a small price to pay for the opportunity of a healthy future!