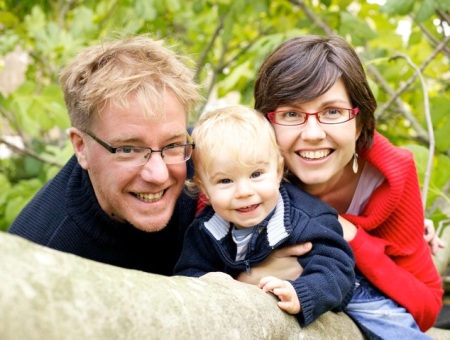 Traditional weddings require women to be beautiful, passive and largely silent. Many people enjoy the traditional approach but more and more couples are choosing to do things differently to reflect the fact that marriage is a celebration of two equal partners coming together. One area for discussion is what you’ll both be called once you’re married; here Lis and Dwayne tell the story of their surname.

‘About six months after we started going out with each other we were at a football match with some friends when one of them started to quiz us on where our relationship was going and what surname we would use when we got married. In the conversation that followed, we realized that neither of us assumed that we would take on Dwayne’s surname, even though that was what most of our friends were doing and it was certainly the norm in our parents generation. We started to explore other options.

We knew that in Sweden the couple usually picks between the surnames and that it ends up about 50/50 as to which they go with. We knew people who had hyphenated their two names into one, and we each had known one or two couples who had merged their two names to form a new word or come up with a new name altogether. So, we certainly didn’t invent what we ended up doing.

Our original surnames were Hickman and Ford. We tried to amalgamate them in some way but couldn’t find a combination that worked. We then took a different approach and tried to find words in other languages that meant something that we were passionate about. One name that came up was Baraka, a word we’d first come across because it is the name of a movie. The film is a sequence of images from many cultures with a fabulous soundtrack, but no dialogue or typical storyline. We thought then that the movie is a profound showcase of humanity and all its strengths and frailties. The word Baraka means ‘blessing’, usually in the sense of a blessing from God in languages such as Arabic and Swahili. At special celebrations people wish others ‘baraka’, often accompanied by big gestures, hugs and almost always exclamation marks!  Baraka is a contemporary French term for luck. Berakhah is Hebrew for blessing. Barraca is the Spanish word for a hut, home or farmhouse. Baraka means hut in Croatian or Bulgarian. After further thinking and waiting to see how we felt about it, we agreed it was the one we wanted. We did ‘test out’ the word with a few people from Arabic and Swahili communities before taking it on. They always responded really warmly to the meaning it conjured up for them, so that encouraged us to go ahead with it.

We didn’t announce our new name at our wedding because we wanted to be absolutely sure about it before going ahead. When we were ready, we sent out invitations to a party where we would sign our ‘change of name’ documents (in Australia, that’s the legal process of arranging the change; nothing happens automatically on marriage).

In response to our announcement, we got some hugely positive comments. Those who didn’t like the idea mainly kept their views to themselves, although a few seem puzzled by our decision. Our family responded in various ways – from indifference to puzzlement to something close to anger. They thought we were rejecting our past or we must have been trying to run from something or to create some new and better life by giving ourselves a new name.

We tried to point out that we weren’t expecting a change of name to change anything about the past or the future; we knew that a change of name couldn’t heal anything even if we wanted it to. We also assumed that it wouldn’t harm anything either, although perhaps others should be the judge of that. For us, it was a symbol of a new life and family together but there was nothing particularly magical or mystical about it. It all felt very simple and normal. In our experience, people who know what the word means have been curious about how we have the name and then amazed and delighted about our story.’

3 thoughts on “Lis and Dwayne Baraka on choosing a surname”