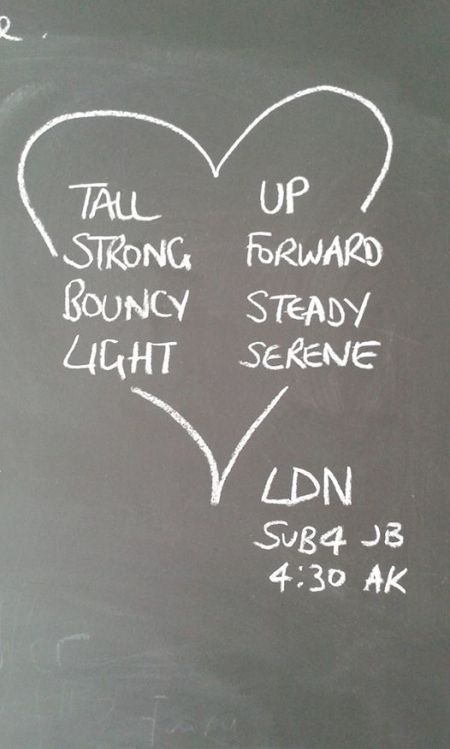 My last marathon was Chester in October 2014, and I worked out the other day that since then I have failed to do more marathons than the five I have actually finished. Palestine and London 2015 were abandoned due to injury after my fall in Richmond Park; I deferred London 2016 because it was too soon after treatment; I had to withdraw from the Andover trail marathon and the North York Moors 50k in the autumn of last year because of my bike accident in Japan and another fall; and then Palestine this year all went pear-shaped as you know. It was not a helpful thought because it just adds to the pressure for tomorrow.

So this last week has been all about positive thinking and choosing not to sabotage my race before it has begun. My training might not have gone to plan but I’ve done the same number of long runs, and the same amount of miles as I did for my first sub-four in Palestine. I am ready; there is nothing more I can do now. I’ve been telling everyone that I want to go sub-four even though that feels like a big ask. It’s tempting to keep a goal like that quiet so that if I miss it, only I will know, but on the other hand, I do really want it and saying it out loud helps me focus on it.

I was comparing race mantras with my sister Mandy on the phone this morning, and she sent me this picture. I will focus on being Tall, Strong, Bouncy and Light; she will be Up, Forward, Steady and Serene. We’ll both be aiming for our target times; wish us well!